The Devils in the Diva: The Four Dorothys; Everyones a Critic (Drama!)

Their new album The Kids Are Alright is incredible. She's a visionary. Danny as Eddie r with Zuri Washington as Deloris. I am a native New Yorker. Army Nurse Corps. When not on stage, I enjoy making films, cooking, and travel. I was also the Fiddler as I took 50 cent violin lessons every Tuesday. This is my fourth show at WBT. I Love the people who work at WBT. I saw the movie of Sister Act when it first came out and probably in bits and pieces since.

This musical is a good adaptation of the original film. I Would love to play Mrs. Sandy l as Sr.

Mary Lazarus with Zuri Washington r as Deloris. I grew up a hop, skip, and a jump away in the Bronx. I have family who lives less than 10 min from the theatre though Hey Bells! My father is an English Teacher and my mother is a hairstylist so I grew up with a love of language and vanity. I love a good turn of phrase and when I get dolled up I make sure I am on point. I come from a family of musicians primarily jazz and a couple of dancers but no one does what I do. She has been so supportive and present and usually comes to support me when she can so I hope to see her up in Westchester over the course of this production.

My kind of date night! I get to show my comedy chops a lot and some of these shows have such meaty dramatic material that I would love to sink my teeth into.

Past Programs and Podcasts

I grew up in Jersey City, NJ. First generation Irish. I got a Jesuit education in high school and college. 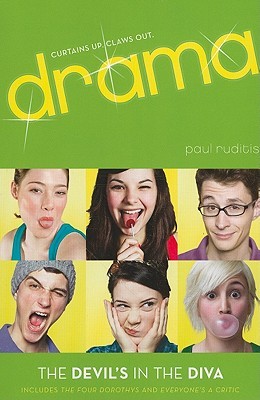 I was a Latin major. I attended St. But, it was just an extracurricular activity. There were no theatre courses or classes. So, I became a Latin major because it was easy for me to pass because of the high school background. Since it was easy, I could perform in the many plays various groups did at the college. Dad was a great storyteller.

Mom was a librarian and often took me to the library with her. I think I became an actor because of the great stories. The most colorful person I ever worked with was George C Scott. I did two Broadway shows with him. Both at Circle In The Square. Funny enough, he was drunk most of the time. Sometimes, wildly drunk. But the audience would never know it. He was so in control on stage. But once he hit the stage, he was in control and wonderful. I like working at WBT.

I like the people up here very much. And it is a really easy commute from Manhattan. The hardest thing about the commute is finding a parking place when I drive home. I saw the movie. Sometimes, musicals can make very good films. I have played it once.

Shakespeare is very challenging but very rewarding. I love Chess and there's nothing like real tournament chess. I'm from Wood-Ridge, NJ, only about minutes outside the city. So I grew up taking family trips into the city pretty frequently, seeing Broadway shows and going to dinners. I was always so enamored and mesmerized by NYC and luckily was able to call it home when I moved in to attend Pace University for college.


At the age of 5, I told my mom I wanted to be in movies, which lead to me starting acting classes which then lead to a number of different dance and musical comedy classes. I then attended a magnet school in my county where I studied theatre and further fueled my passion for the arts. Michael Center, as Paul. I saw the movie The Little Vampire with my mom at the age of 5 and immediately afterward told her I wanted to be an actor. She signed me up for classes and I soon started taking dance and musical theatre classes as well. No one else in my family has ever pursued a career in the arts, but thankfully I was able to major in theatre at my high school and I met a ton of amazing professionals who aided me in my pursuit of a BFA degree in musical theatre and beyond.

I don't remember first hearing about the show, but I always knew songs from it, especially "What I Did for Love". I did the show for the first time before my senior year of college at the Weston Playhouse.

It was a life-changing experience. But this show reignites and reinforces all the reasons I began a life in the arts, to begin with. I've never seen this movie, no, mostly since I've heard from others that it isn't very good. I think it's great that musicals are brought to the big screen, as long as they're done terrifically like Chicago and Hairspray.

Broadway shows are incredibly expensive, and I think it's amazing that these movies bring these powerhouse musicals to the general public. My Favorite shows? A Chorus Line! I wouldn't mind being in any of these, as well. I love fitness classes and try to take lots of yoga, spin, and HIIT classes.

I love to watch movies, and television, especially in this cold weather. But once it's warm, I love to be outside and go hiking and biking. I love my pop divas. But I love most music that just makes me want to get up and dance! I have been dancing since I could walk. I started professionally at age 16, in the musical Cats. I once saw West Side Story when I was about 13, and I saw the girl playing Anybodys, scale a fence and jump around that Stage with so much energy I turned to my mum and said, "I want to be just like that girl!!

My hero and Inspiration is really Liza Minnelli. She is everything I adore about theatre. I loved it. I have done the show in German first, performing it in Austria in And once at the Hollywood Bowl in summer The movie was my first experience of A Chorus Line , and I adored it I'm all for musicals being made into to movies, get it out there and accessible to more people, as theatre tickets can get expensive. There really is nothing like live theatre I would also love to play Charity in Sweet Charity!